Incognita is an independent film and series production company, created and managed since 2009 by Edouard de Vésinne.

In cinema, Incognita has produced or co-produced around ten feature films, including Une Mère by Sylvie Audcoeur with Karin Viard, in executive co-production with Tripode Productions, The Tastes And Colors of Myriam Aziza for Netflix, or Feature Films And Les Mistrals Gagnants by Anne-Dauphine Julliand (biggest documentary success in theaters 2017) and Top Les Filles by François Armanet (in HC selection at the Cannes Film Festival 2019).

Since 2017, Incognita has also been active in TV, notably with the 90 ‘series for F2 César Wagner, which has met with remarkable audience and critical success.

In 2018, Incognita joined forces with Nathanaël Lacombe, within Wonder Films, which produced ambitious projects for cinema and TV.

In 2019, a new partnership, this time with Pauline Eon, allows the creation of Hanoï Productions which is putting into production a first original series for TF1 in 2021 entitled Visions.

In 2021, the Incognita Doc label was created by Édouard de Vésinne and Camille Plouin, with the aim of producing ambitious and multigenerational documentaries for historical channels as well as for platforms and digital.

By creating bridges between the codes of fiction, animation and documentary and relying on a solid network of talents and international partners, INCOGNITA DOC designs innovative content, anchored in themes as varied as culture, society, history, true crime and discovery 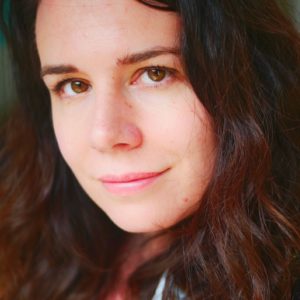 Before founding Incognita, Édouard de Vésinne produced within Europacorp and Cipango many French and international films and series for all channels, including series Taken (NBC), No Limit (TF1), XIII (Canal+) et Les Bleus (M6). These productions have won the most prestigious awards, International Emmy Award, Grand Prix among others from the La Rochelle Festival, Procirep Award for Producer of the Year …